Many families have recipes that have been handed down, and dishes that evoke childhood.  My family memories revolve around food too.  Grandma Nellie making chicken cacciatore (which as a child I was really disappointed in but now love), Grandpa Eddie's veal cutlet (no dish even in Austria comes close), Aunt Elinore cookies, Aunt Kathryn's vegetable soup... but one recipe my cousins, aunts, sister, mother and I still think about are Grandma Elsie's pickles.

Grandma's recipe box got lost at some point- she may have thrown it away herself accidentally, and my mother and aunts have most of the recipes anyway, but no one has the pickle one.  These pickles were a big production.  She got a big crock from a yard sale or something like that.  I don't know if she ever made them before she was retired or if it was a nostalgic food memory of her own, but I remember she had to hunt down little cucumbers at the farmers market, and I remember all the grandchildren looking at the scum-covered crock in horror.  We would go down in the basement and peek at it as a dare.  But most of all I remember the sharp spicy taste of those pickles.  Last summer a new friend mentioned making pickles, and I asked her about them.  She said that type is called "crock pickles" and she had never made them.  I did some research, and the longer they ferment, the spicier they become.  One of my aunts thought Grandma might have put horseradish in too.  So this morning, I bought some little cucumbers from a farm market and I made a batch of crock pickles.  I am using a big glass jar, and the cucumbers are bigger than the ones Grandma used, but it is an experiment.  Next summer I will grow little cucumbers in my garden, and if this batch comes even close, I will also buy a big crock to ferment them in.

It would be fun to write a cookbook that gathers these family recipes along with the stories about the relative it came from.  We even have some cards still written by the original great-aunt or grandmother.
Posted by Family Sherlock at 3:00 AM 1 comment:

I work from home, or rather from wherever my laptop is.  One of my clients asked me what my office is like.  It actually doubles as a fiber art studio, but I have a window by my desk, so I can look outside in the winter and watch the birds at the feeder.  In the nice weather, I go out here and sit by my pond.  If you look closely, you can see a couple of my goldfish. 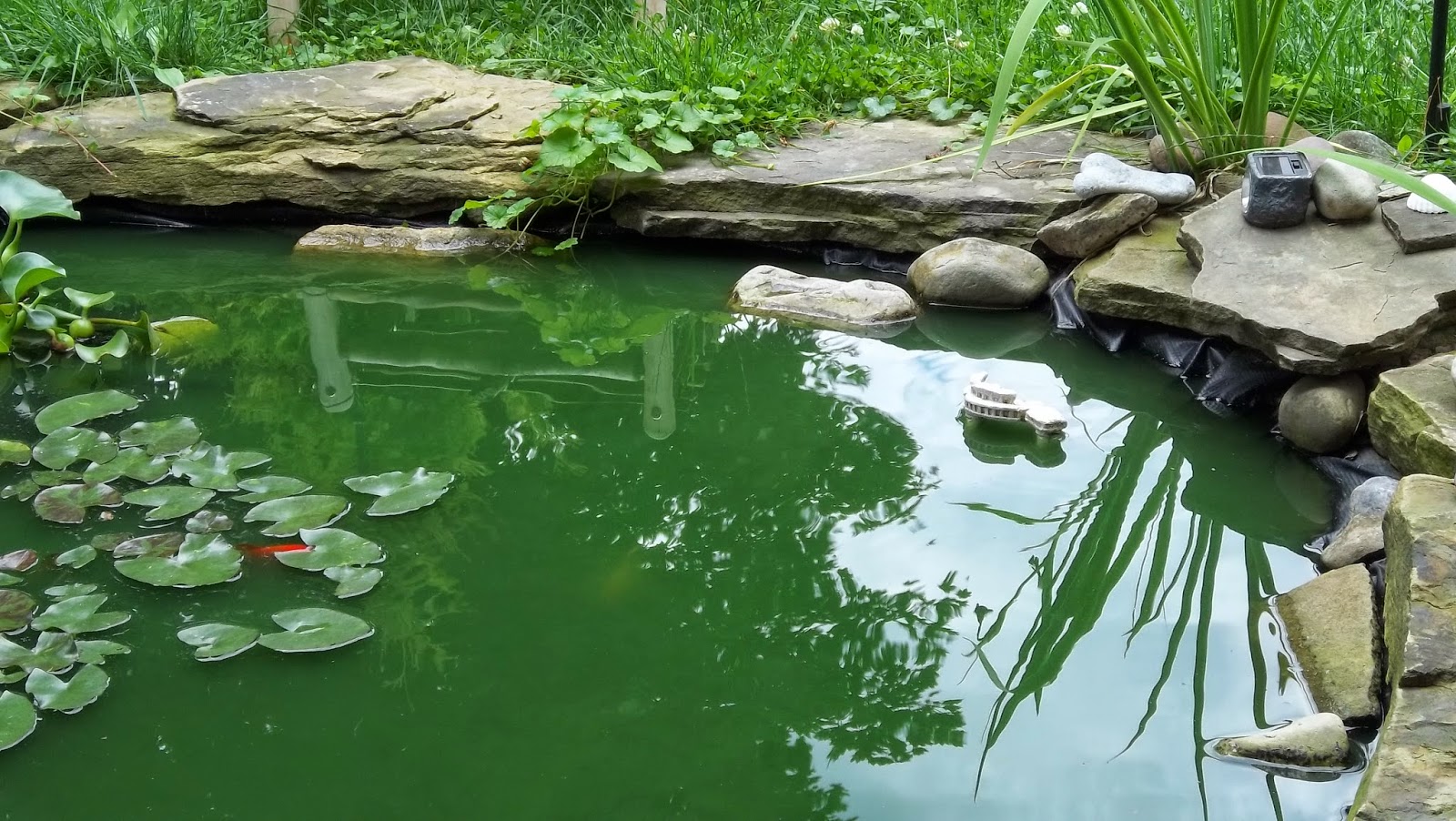 Posted by Family Sherlock at 12:14 PM No comments: