Where genealogy and sewing collide

I have been on a sewing binge.  I was inspired this spring to make a 1920's theme summer wardrobe, and I was adding a chambray dress today when I ran out of light blue thread.  I did not buy matching thread because I was sure I had several spools, but the full spool is buttonhole thread, so too thick for the sewing machine.  I looked in my thread basket and in the box of student supplies for a class I want to teach, and nothing...  Not wanting to trek back to the fabric store, I was ready to quit for the weekend when I remembered one other place.  I inherited my Grandma's sewing box. 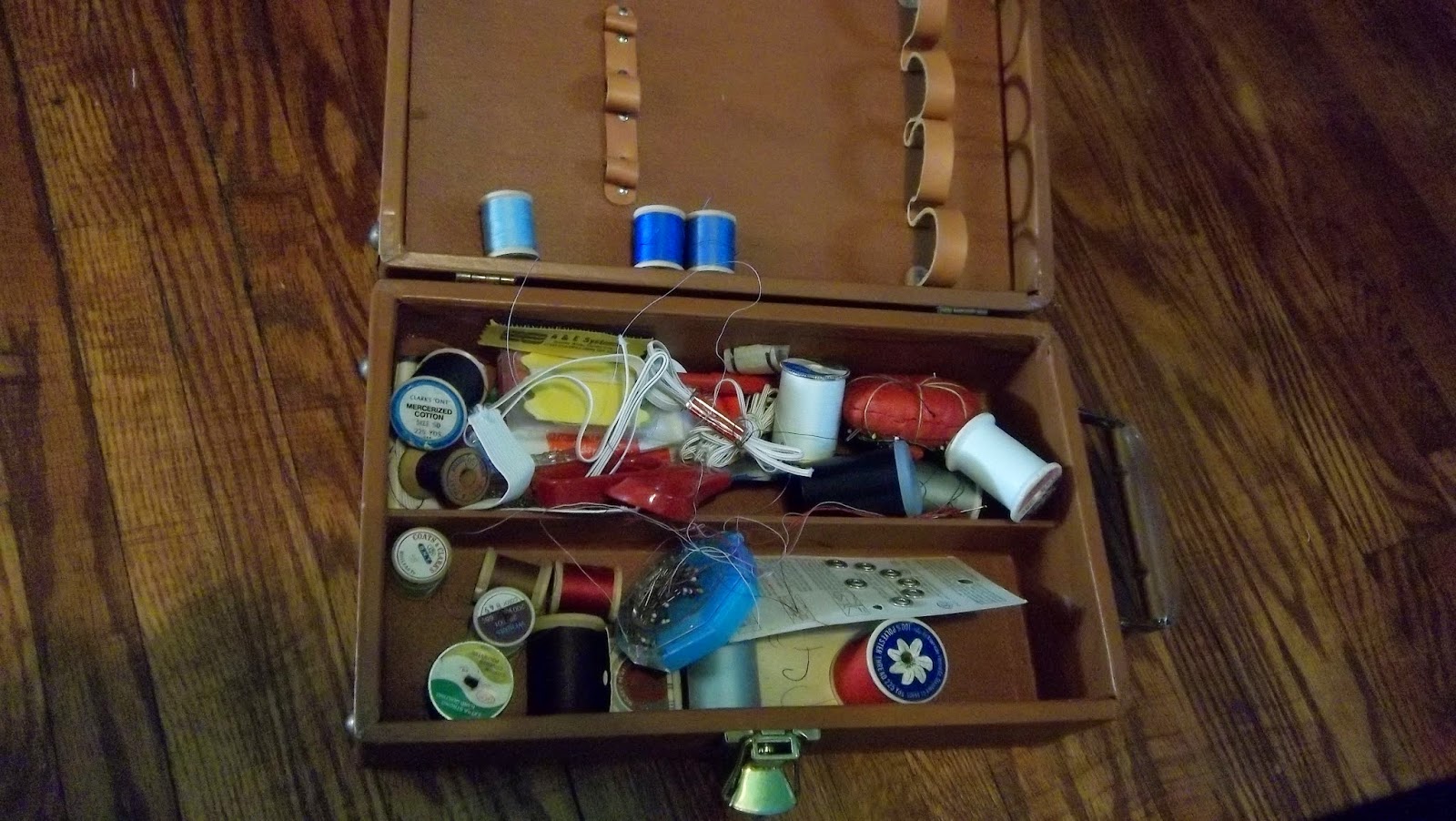 It isn't really a box; it is one of those 1950's cocktail boxes.  She didn't drink cocktails and she didn't sew, but there were two spools of cadet blue thread in there!  I remember when I was a little girl, and already sewing that she told me she took millinery instead of sewing in school, and regretted it.  So why did she have so much blue thread?  I realized it was for my Grandpa's uniforms- he was a bus driver for RTS his entire working life, and his father did the same before him on trolleys and then buses.  A couple of weeks ago I bought a commemorative set of RTS tokens in honor of them. 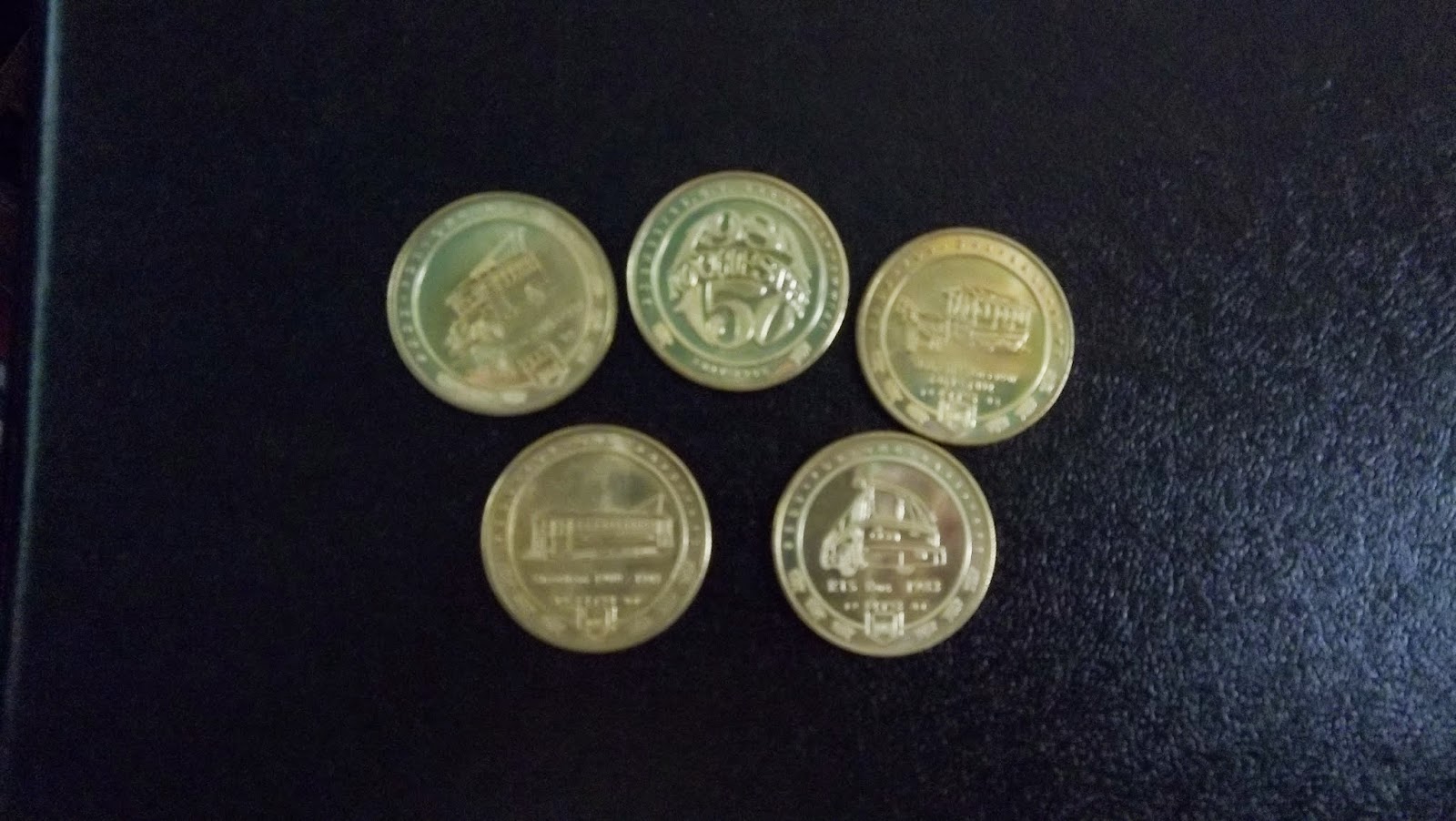 Now I will also be wearing a piece of my heritage!
Posted by Family Sherlock at 3:19 PM No comments: